This project involved removing 5kv three (3) 1500HP hydraulic fluid pumps and replacing them with nine (9) 5kv 600HP pumps in three stages with maintaining production at the facility. The existing antiquated 1500Hp pumps were failing and spare parts were no longer available for repair. The facility required a minimum of two (2) pumps to maintain production.

The new indoor 15/5kv power distribution / motor control room was to be located on a mezzanine 50’ above the existing pump room included the addition of two (2) 15/5kv 5MVA transformers weighing 17 tons each and new a new main-tie-main 5kv motor control center.

A very challenging and aggressive project from the aspect that the new electrical distribution systems had to be designed, equipment built, installed, and operational before the pump retrofit could be accomplished, while maintaining present production, with failing pumps.

Once the new power distribution / motor control room was built and commissioned the existing 1500HP pumps were removed, one at a time. The concrete foundation for each 1500HP were modified to retrofit three (3) 600HP pumps.

A temporary pump room was constructed outside the existing pump room building and power / control wiring was routed to this location from the new 15/5kv power distribution / motor control room to power and operate four (4) of the new 600hp pumps while the 1500hp were being removed one at a time. All the power and control wiring to these temporary pumps had to be duplicated to allow the same to be installed to the new pump’s permanent location. This was accomplished by outside-the-box thinking whereas the new 5kv motor starter equipment was fabricated with bussing and buss jumper plates inside the cable connection compartments of the 5kv motor starter cubicles that could easily and quickly repositioned from the temporary pump feeders to permanent pump feeders without the requirement of a complete power outage, maintaining production at the facility.

In additional to all the modifications of the power distribution system and the retro fit of the pumps themselves, a new control system for the new pumps that could integrate with many other production processes had to be installed, wired to new 15/5kv power distribution / motor control equipment, and tested prior to making the transition. This had to be done in such a way that it would maintain the existing pump system while the retrofits were being implemented and integrate the new pumps, three at a time, into the process system, and finally when all pumps were changed over the old control system could be demolished.

All done while maintaining production and from beginning to end in four months’ time. 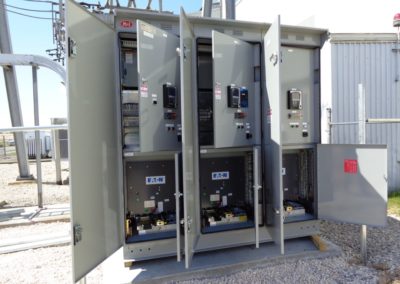 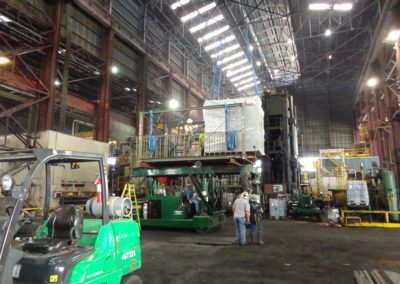 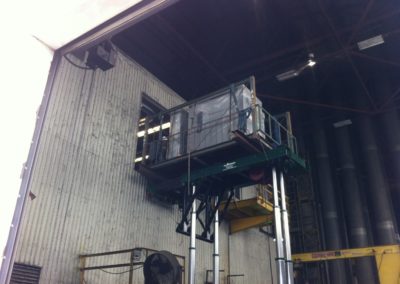 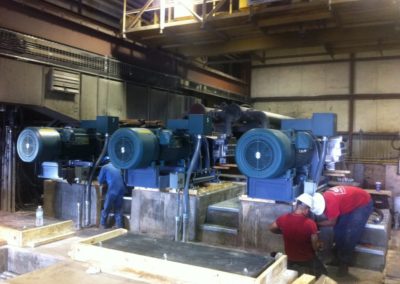 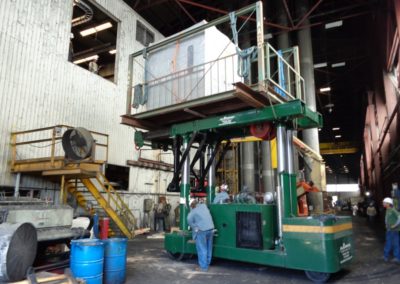 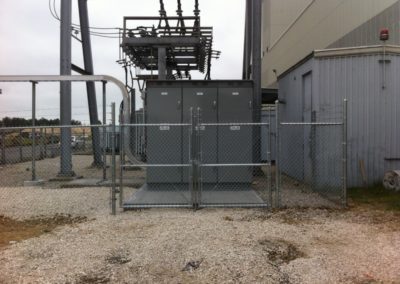